There will be a very common theme through all of the blog posts I do about Korea-The weather. It was really cold. Normally this wouldn’t have been a problem for me. I grew up in Western New York where it is really cold and there is a lot of snow in the winter. Here is a picture of Iris at my parent’s house. This would be considered a normal winter photo for that part of New York: 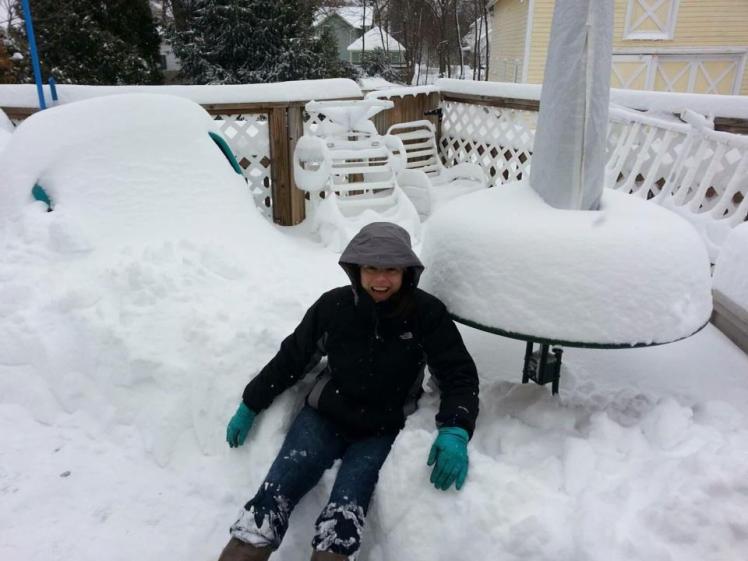 And here is a random picture of where I live now: 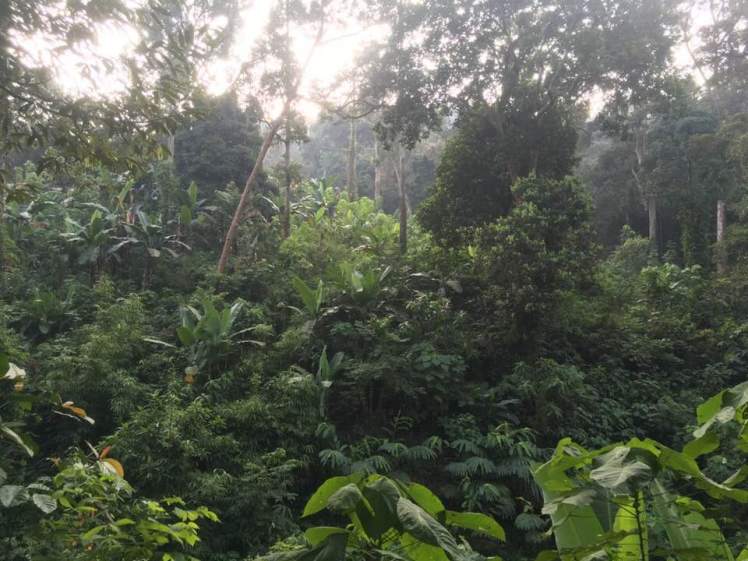 Just a little bit of a difference. My body has responded to that difference. While I can’t say I fully enjoy the hot humid tropical weather, I can say my body has gotten used to it. I still sweat a little bit, but not as much, but more importantly is that is just doesn’t slow me down during my day. So before our trip we obviously had to buy all the necessities for a winter trip because obviously we didn’t bring our winter coats with us to Malaysia. That made this trip a bit more expensive then it would have been if we visited during the summer. But obviously it was worth it. Because it was really really freaking cold.

I’ll be writing at least three posts, because we were essentially in Korea for three days. Yeah, we flew to Korea for just three days. In reality it was 5 days, but still not a long time. It was the Lunar New Year, aka Chinese New Year to us here in Malaysia, which meant Iris had three days off and I had vacation days I could take! So I did! The trip began a few months ago when I read an article about how tickets were not selling to most Olympic events. I turned to Iris, told her about the article and we decided “why not?”

First event of the first day was skeleton! 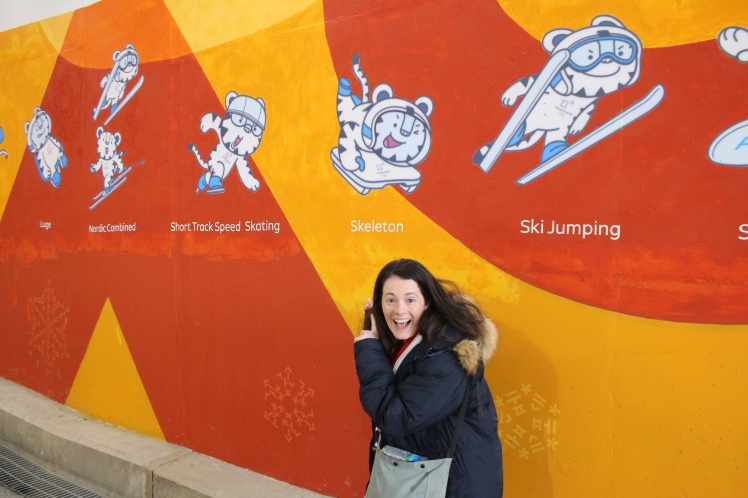 This even became a bit more special because of what happened the night before. Unexpectedly, a South Korean was leading after the first day. This meant a giant surge of interest for the third and fourth runs, which is the event we went to. Fortunately we were able to get right in front of the crowd so we had a great view of people flying down the ice super fast, head first. Seriously, in terms of bang for your buck, skeleton is a weird event. The competitors go by so quick you really don’t see too much of the action. But since I am a photography genius, I was able to get some good shots. 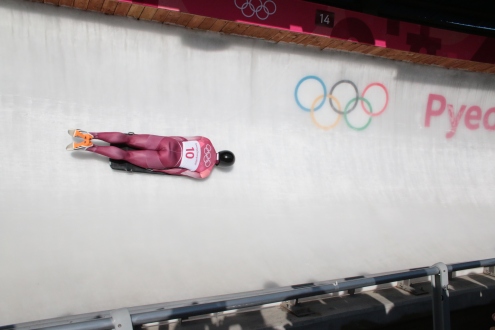 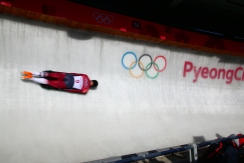 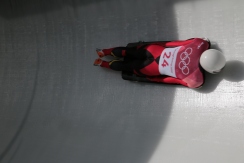 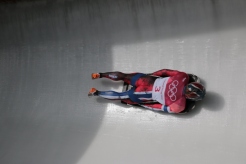 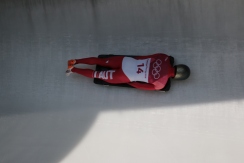 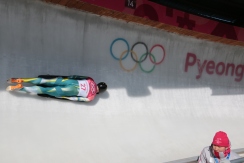 Not seen are all the shots of nothing or just the feet of a competitor because, again, they were going really quick.

This last shot is of the Korean guy who won, on his final run when it was a certainty that he was going to win. We had a father ask us if his two daughters could stand in front of us. People wanted to make sure their kids saw this. They were really excited! 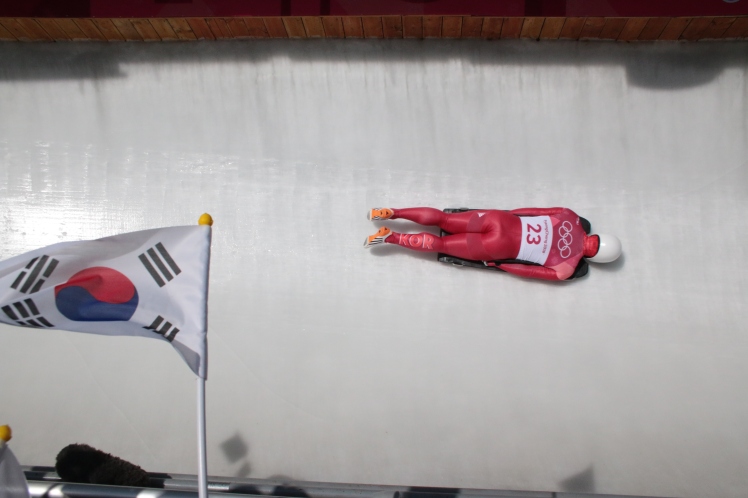 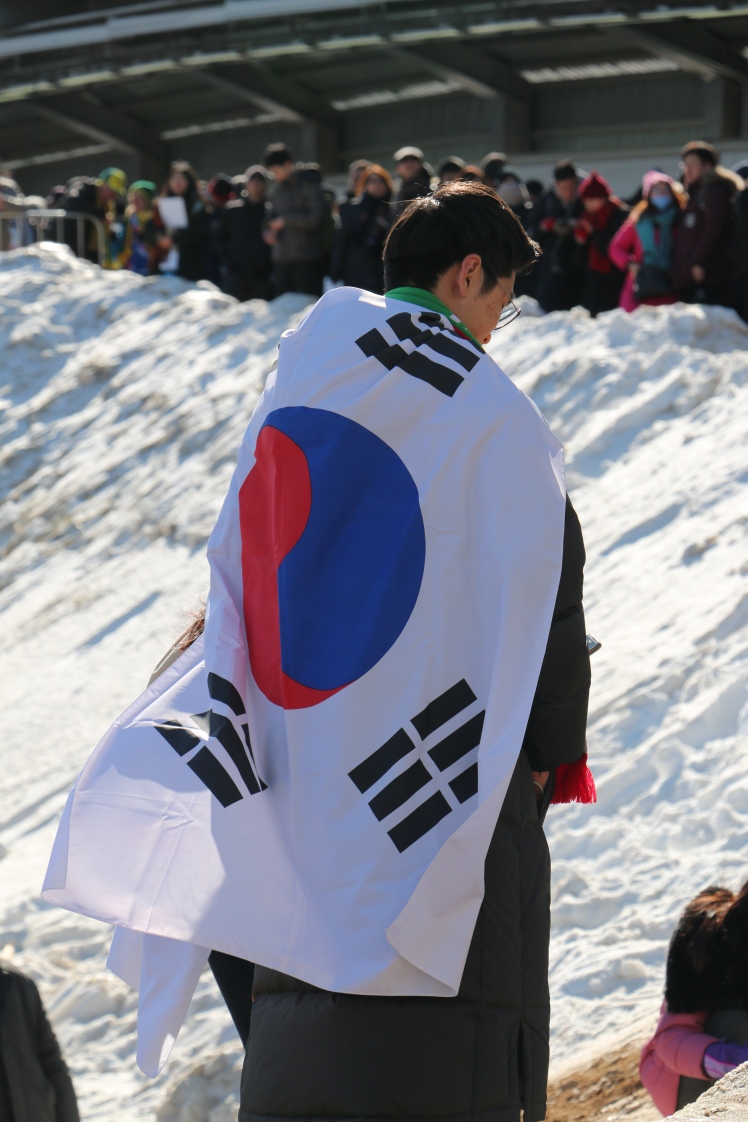 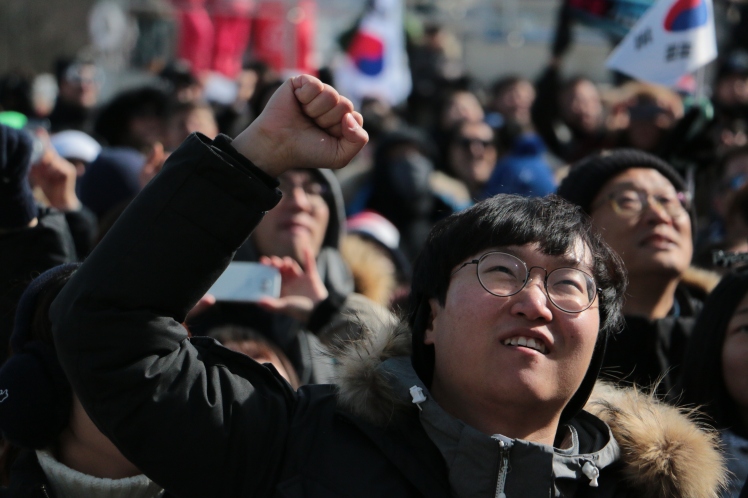 After skeleton we had some time to kill so we headed to the Olympic Park to check out the torch and the Olympics in general. 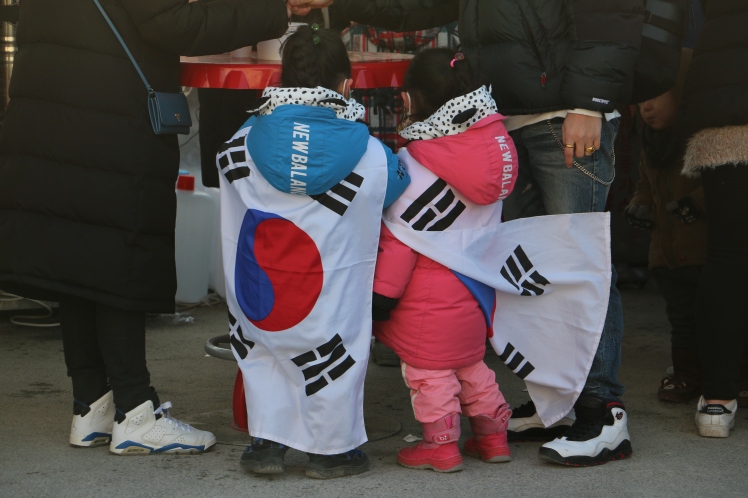 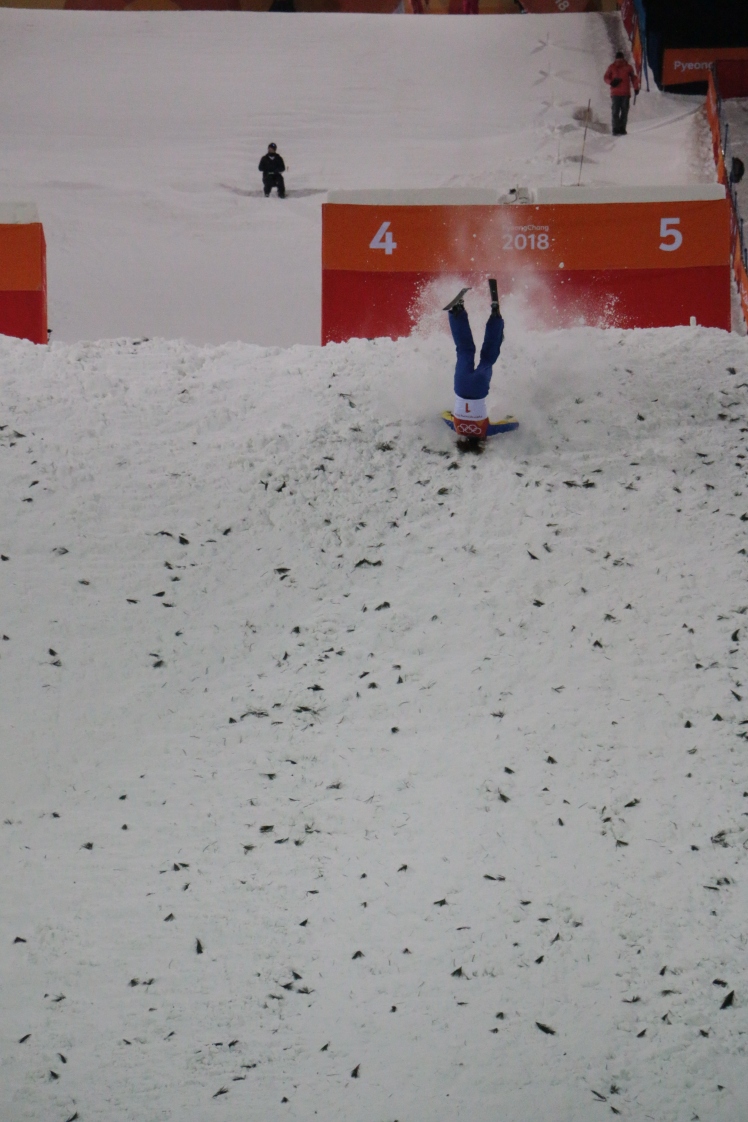 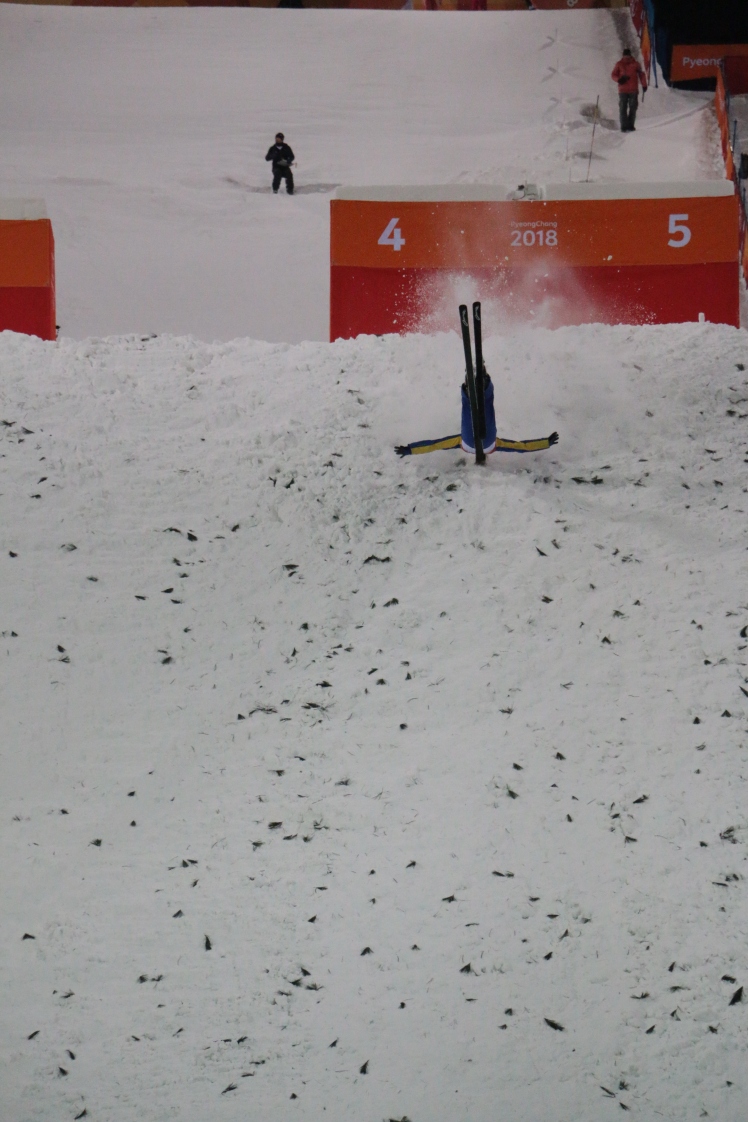 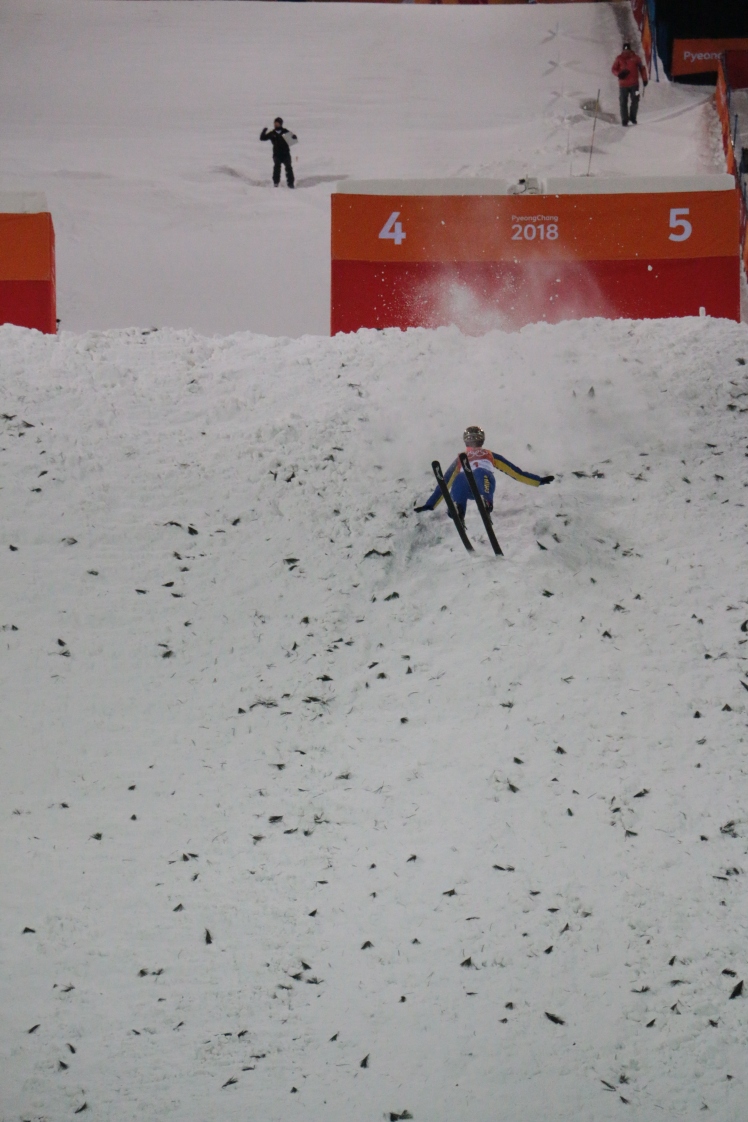 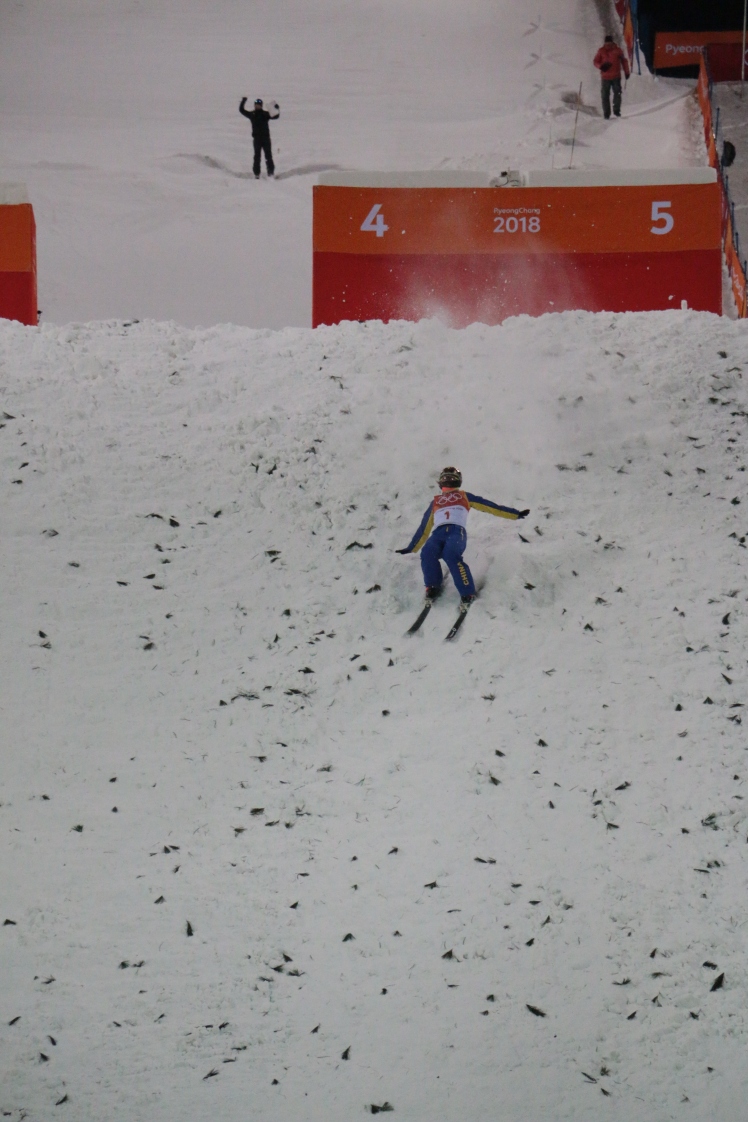 Well that’s it for day one! Day two was a busy day of curling and ice hockey so more to come later! Also of course, I will have some videos coming later too!