Selamat Tahun Baru Cina! Well, a day late but still! The past few days were Chinese New Year. Their calendar goes by the moon so obviously it is a bit different than a western calendar. It is the largest human migration in the world. Not here so much, but in China obviously it is a huge deal. EVERYONE goes home. My co-worker was just telling us that his drive home from Penang, which should be a 4 hour drive, took him 9 hours on Monday. There are lots of people moving around! Last year Iris and I traveled to Penang. I loved it, and she was sick. So this year we decide to stay in KL. Boy oh boy, it was obvious that there were a lot of people missing! Traffic was next to nothing, and about half the stores were closed until yesterday. We went to our first New Year’s dinner two weeks ago, and went to our second one last night. So without further ado, here is a mega edition of How to Lose Weight in Malaysia!

And here it is in slow motion…

The idea is that the higher you toss it, the more prosperity you will have in the coming year. My wife lost her chopstick while doing this…not sure what that means for the coming year.

And here is the after:

There were some other dishes. Let’s take a look at those:

Next up was our adventure in stand up chicken. It is exactly what you think it is: Chicken that is standing up

We met up with some of our friends from Iris’s work…so I guess Iris’s friends but I have been to a foreign country with one of them so I am going to call all of them my friends! On to the chicken!

There was other food, outside of the chicken, that was worth writing home about too.

Last, I have two random food items I have to put somewhere, so why not this blog. First, the buffet at a little kopitiam near our apartment. The lunch time buffet is on point! 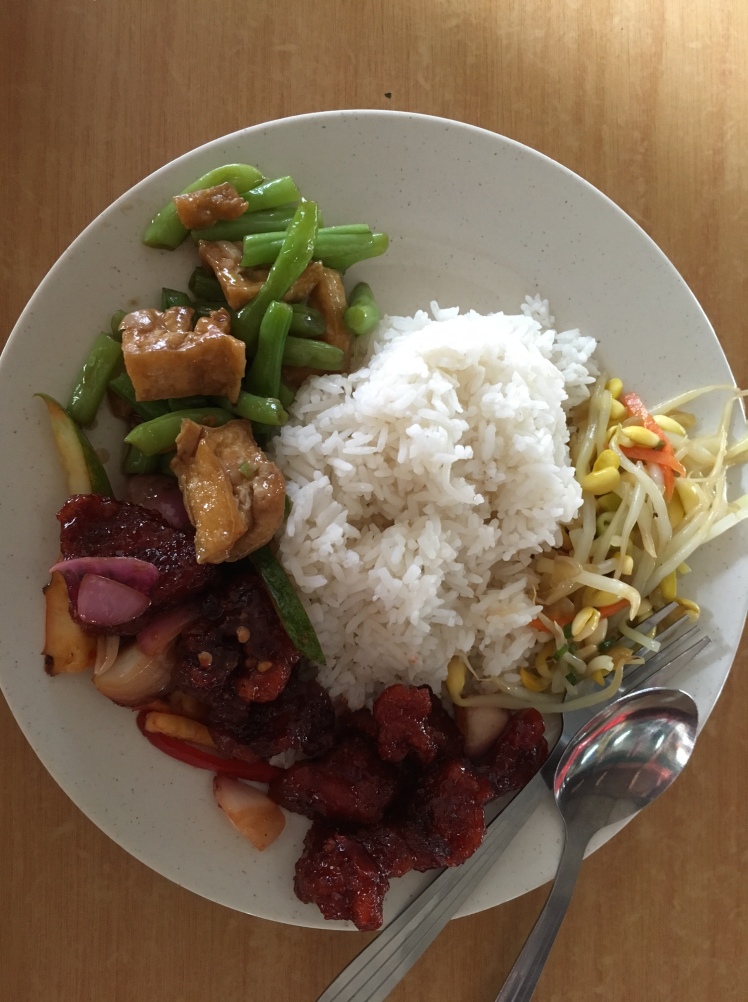 Our friends Sharon and Harrison had us over to their apartment for an authentic Indian briyani meal. It was amazing! I only took one picture but it was so good I had to make sure I mentioned it somewhere!

Blog posts like this remind me of why: Saya cinta Malaysia! Ia cantik!