That might be the most literal title for a blog post I have ever written. It is also apparently the name of a terrible song from the 1980’s that got banned in Thailand because it did not depict the city in the way the Thai’s wanted. Apparently Iris and my sister’s husband know this song. Yes, when I think he is cool he is my brother in law. When he is being an uber nerd, he is my sister’s husband.

We had a one day layover in Bangkok on the way home from Taipei. This was very intentional, in part because it was the cheapest flight and also in part because we figured why not? This is an added joy of living in another country: Cheap and easy access to other places. In other places, different then my own, other wonders!

Thailand is at the moment a nation in mourning. Their beloved King died just a few months ago, after being on the throne for over 60 years. He was the longest serving Monarch at the time of his passing. I was not sure what visiting a nation in mourning would mean. Also, since this was technically our first time visiting a country under the rule of the military, I was not sure what that would mean either. Iris was the first to point out what the mourning meant: Lots of people wearing black. You could pick out who was a tourist and who was Thai very easily: The Thais were wearing all black. I would say that conservatively, 90% of the Thai people we saw were wearing all black. It was an incredible site to see. When we got on the train at the airport, they had little black ribbons for you to put on to show your respect to the King. We did that, and picked up a few nice buttons as well. I know a little about the king so I cannot comment too much on him but I can say this: In almost all the photos you see of him interacting with the world, he has his camera around his neck. He loved photography but to me this also says that even as a King, he was able to find wonder in the world. I find that kind of nice.

On to the pictures! The large part  of our trip was planned by our Friend Kapook, who is from Thailand. First thing she suggested was a boat trip up the river. Done and done. 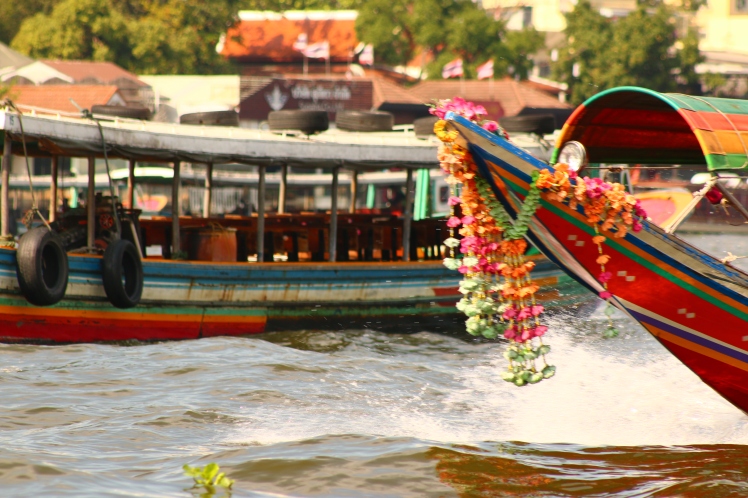 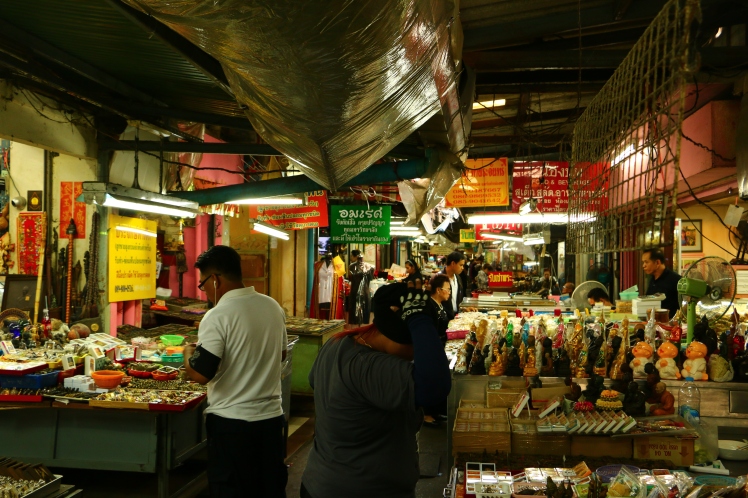 That’s all for now. I am going to break down this one day trip into as few posts as I can but obviously this is much easier and more fun for me to do!