Hey spoiler alert, my parents are here. They are staying for three weeks. We are trying to cram as much in as we can. So after picking them up at the airport Friday morning and giving them a few hours to sleep, I put them on a plane and we headed off to Singapore! 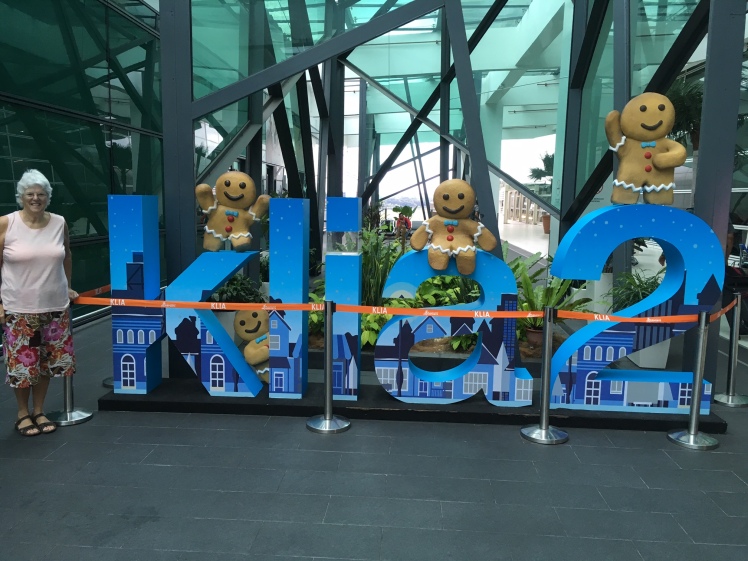 First stop, Lau Pa Sat. There are a lot of hawker stall centers in Singapore, and this one is not my favorite but it has a guaranteed good breakfast: Fried carrot cake! Of course, it is not real carrots, but white radish. For some reason it is called carrots here.

Next up we explored Arab Street. It is a nice place to just walk around and explore. The shops are nice, but compared to Malaysia it is expensive!

We tried going to a flea market across the canal from Arab Street but it was not up and running yet…and it kind of looked like a bunch of homeless people selling the stuff even they did not want.

We took a river boat tour down the Singapore River. It is a bit expensive, but I think it’s worth it. It gives a great overview of the old shop houses along the quays and the financial district downtown.

We finally found the Chinatown Complex! Three times Iris and I have tried to find this great food court. Turns out, it is RIGHT across the street from the Budda Tooth temple, which we have both been to, but for some reason we just never noticed it. Iris found it last time she was in Singapore but it was closed. Finally we found it. It is home to the first hawker stall center to received a michelin star…which made it so popular it had to move across the street to a bigger location.

We went to Gardens by the Bay to show my mom the great Christmas light display, but this year you had to pay to get in. Boooo!!!

So that is a rough overview of our brief weekend visit to Singapore. There is more to come later, because I was video taping a lot of activities to make some kind of video blog entry later on. Also, I have a lot more to write about because we are doing a lot with my parents here and I want to write about that stuff more