Recently Iris and I found ourselves with two three day weekends in a row. The first was for Hari Raya Haij, a muslim holiday. The second was for Malaysia Day. Malaysians love their holidays and to prove it, they have two independence days. The first was Merdeka Day back in August. This celebrates gaining independence from Britain. The most recent was to commemorate Sarawak joining the federation and Singapore leaving it, making Malaysia what it is today. Naturally, we figured this was a good time to do some traveling.

Our destination this time was Hong Kong. Not quite China, and not quite British, it is it’s own thing. I have always wanted to go to Hong Kong, A lot of this comes from years of playing Simcity, and stocking my cities full of buildings from Hong Kong. It is only a short four hour plane ride away so we figured why not?

I took a lot of photos, as I usually do. So I am breaking Hong Kong down into three posts: The buildings, the Fire Dragon, and the food. First up, the buildings.

The building above is the Jardine House. It is known as the house of a 1000 assholes for obvious reasons. 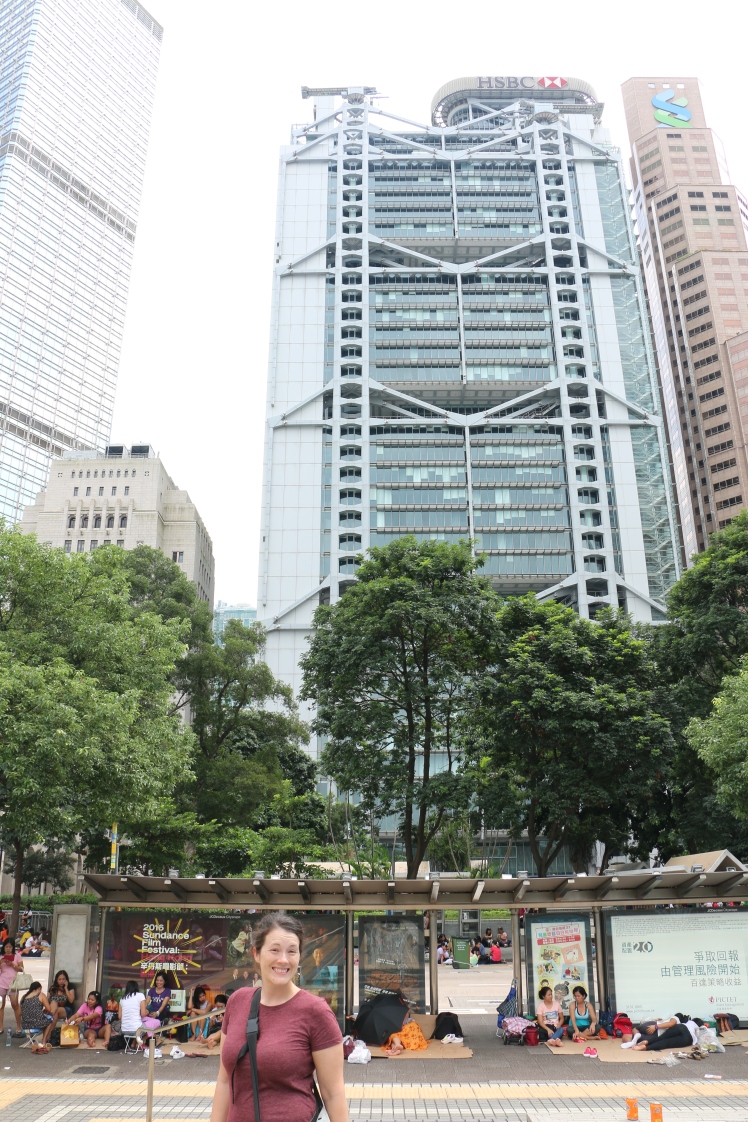 Iris and the HSBC building. There is a whole video about this building I’ll post later. 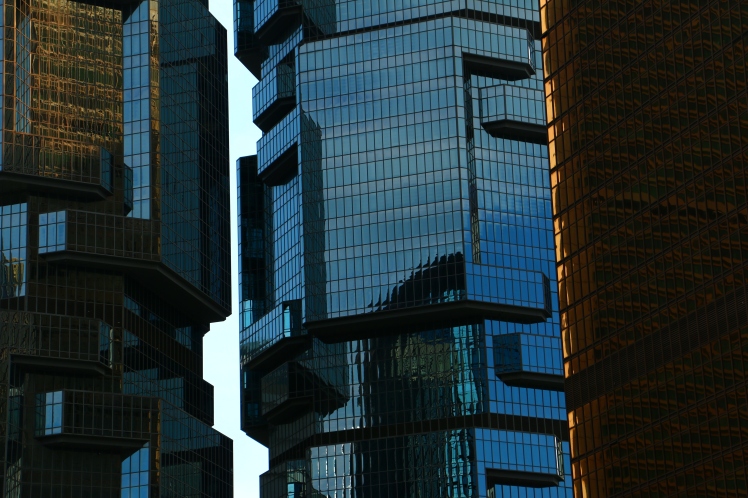 The building on the left is the Lippo Center. It is known as the Koala building because it looks like there are a bunch of koalas climbing the sides.

One of the tigers outside of the HSBC building. All the people in the background are the Filipino domestic workers. On the weekend and on holidays they all hang out downtown. Seriously, they were everyone, with varying set ups. A lot of them were dancing and chatting and just plain hanging out. The lions have been here in Hong Kong since the beginning. 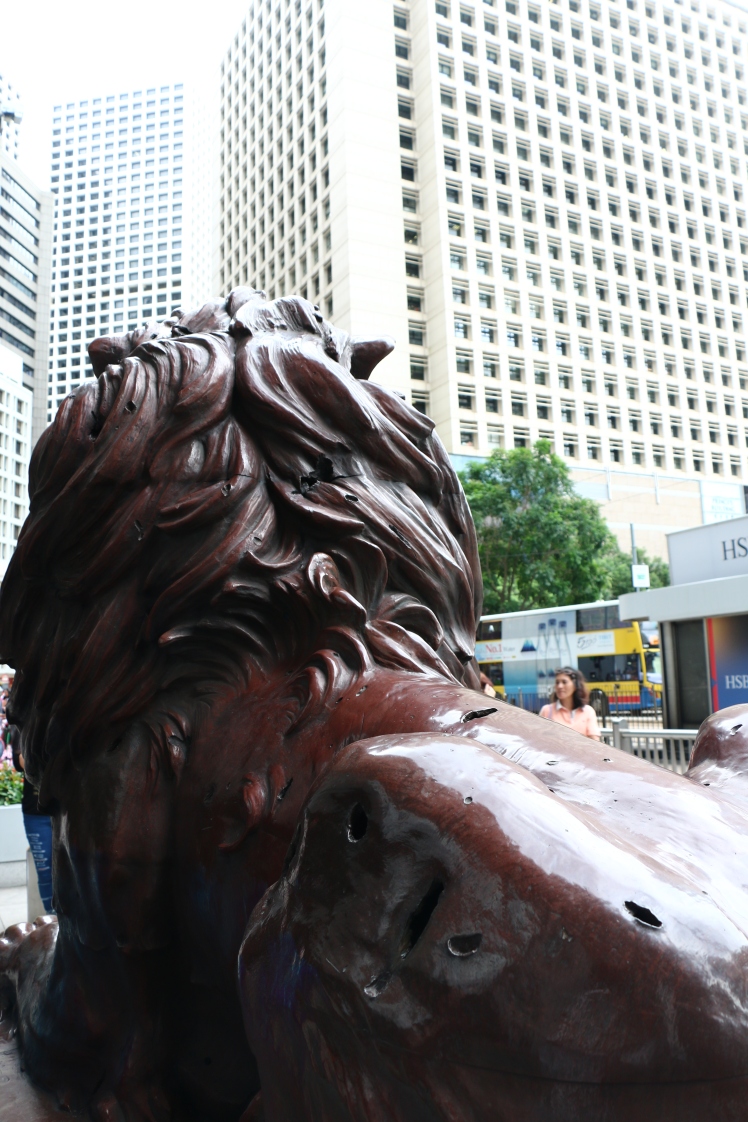 During World War 2, the lion took some damage from shrapnel and bullets when the Japanese invaded. 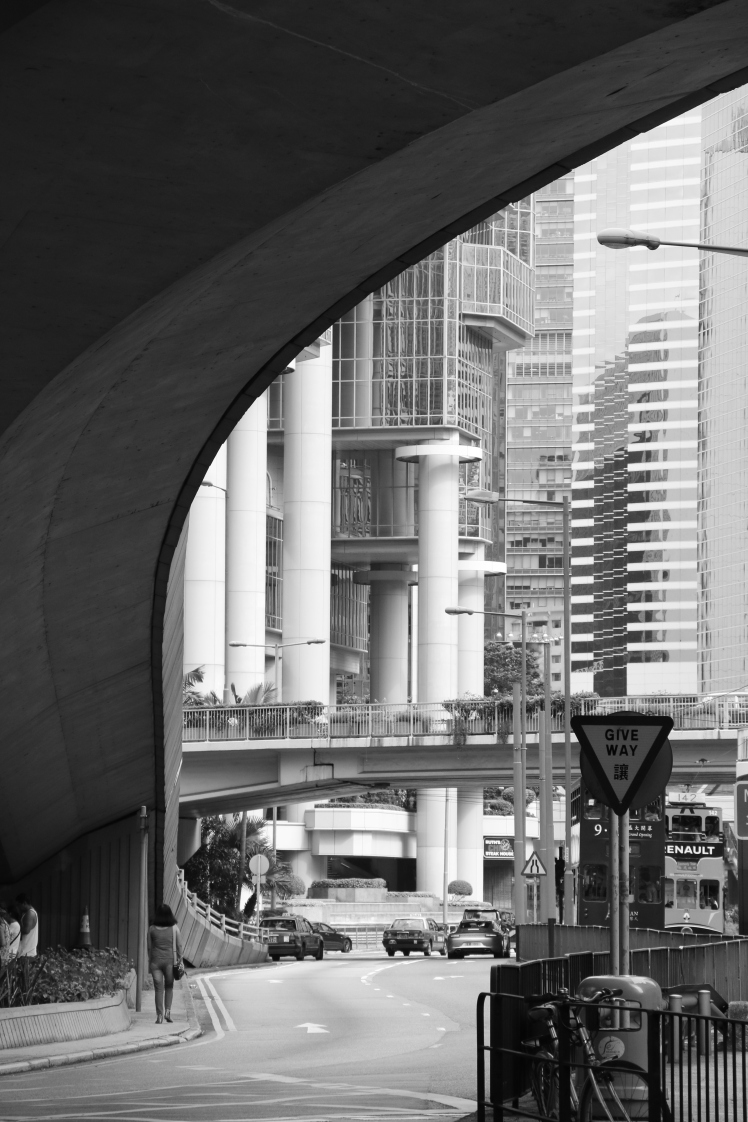 I love the density in this shot. Hong Kong has just layers and layers of buildings, all crammed into this tiny area.

On the left is ICC, the tallest building in HK and the 9th tallest in the world. Next to it is Harborside and a building whose name I can not remember. That is Kowloon, an area we did not explore too much this trip since we were only in town for two days. 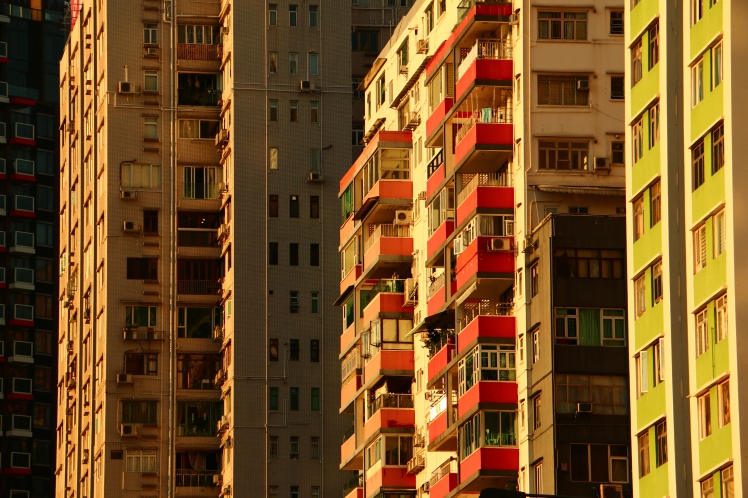 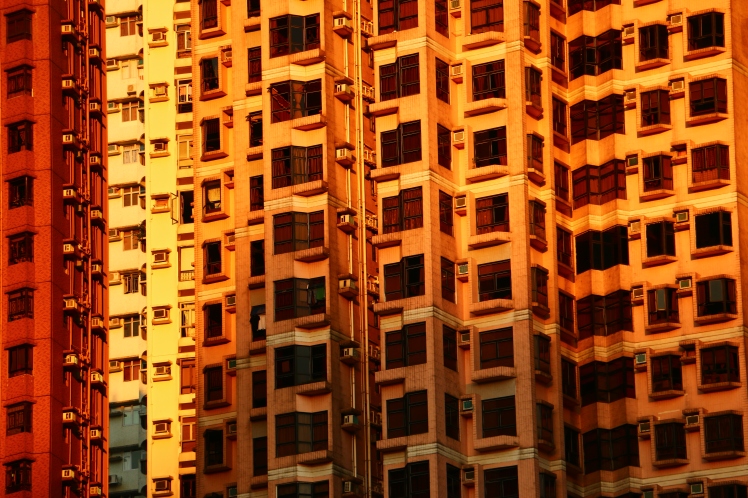 And now a few videos, because there is just too much information about the HSBC building to write about!

The next day we took a trip up Victoria Peak, which is pretty touristy but for good reason. You can’t beat that view! 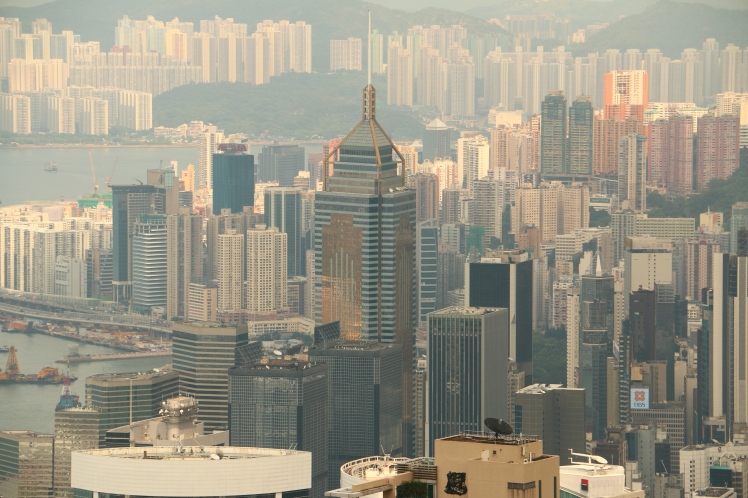 After the Peak, we took the famous Star Ferry over to Kowloon to watch the big light show Hong Kong has every night. 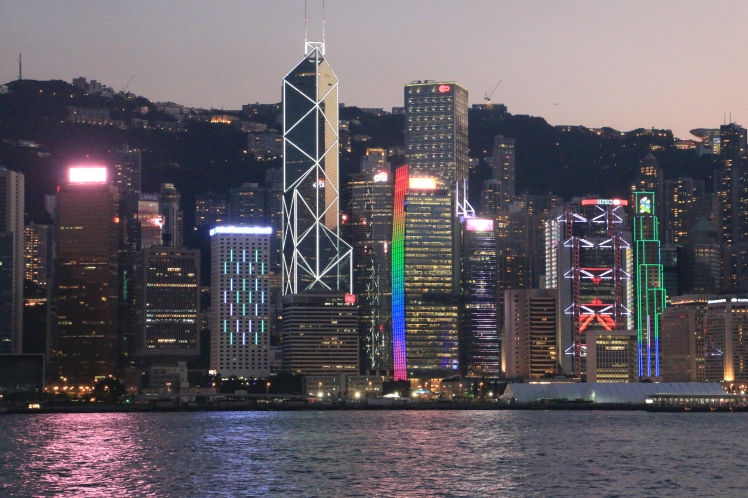 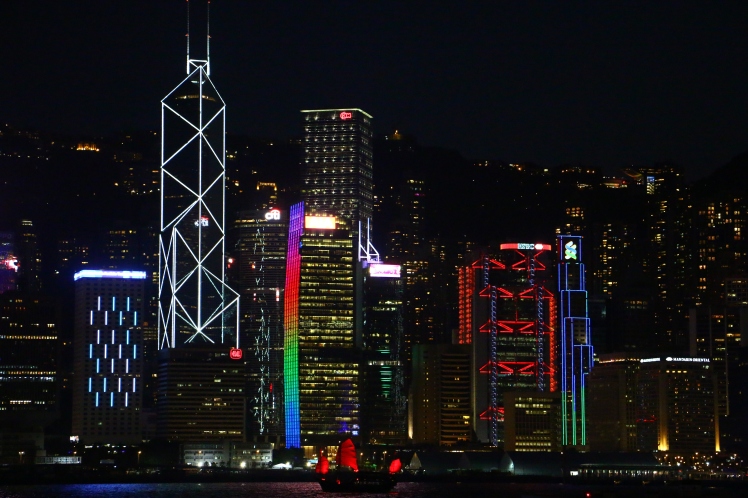 Okay, that’s all for the buildings. Next up, the Fire Dragon!