As mentioned in a previous post, I flew down to Kuching for the weekend to meet up with Iris and her parents. This being Malaysia, we of course had some great food!
The one thing I wanted to try was Sarawak Laksa. Laksa is a quintessential Malaysian food, and the Sarawak version is suppose to be the best. We were not disappointed! 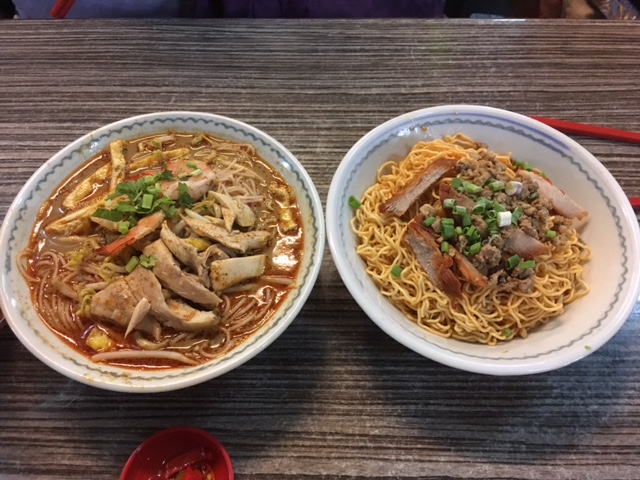 On the left is the famous laksa. It is a coconut based broth with a nice spice on the back end. This being a chinese restaurant, every single one of these noodle dishes had some nice pork in them. The guy sitting next to us talked to us the whole time, telling us all about the local dishes and what foods we had to eat. He even taught us how to use the Chinese style spoons to cut the noodles. At one point he even got up, took the spoon from my hand and cut the noodles for me. A bit weird, but fun.

On the right is Kolo mee, another great dish. The red in it comes from some kind of barbecue sauce. 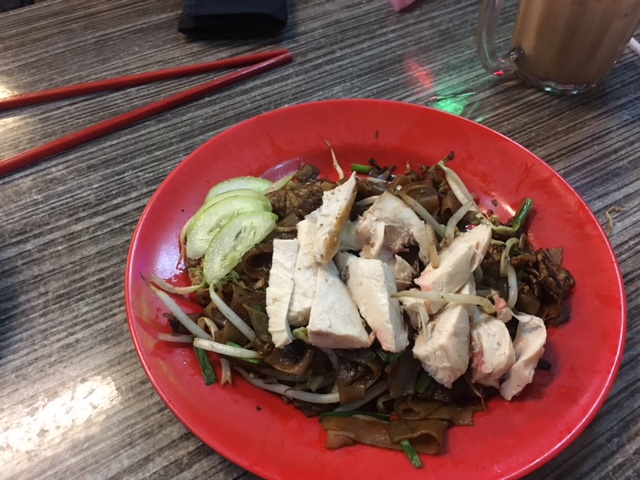 One of my favorite dishes, char kway teow, is pictured aboive. Actually I lied, this one has chicken in it, not pork. 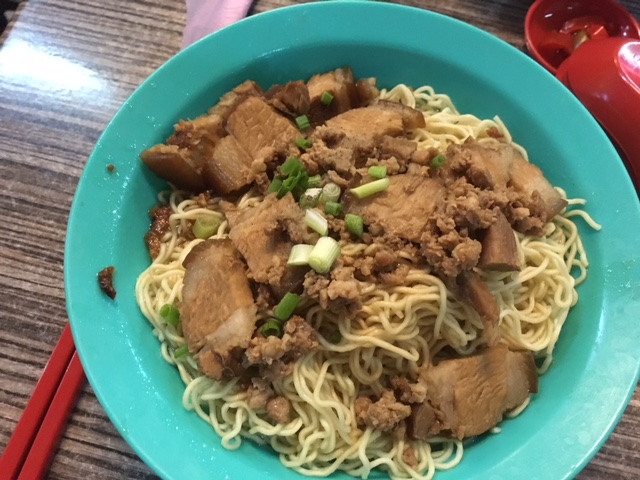 And this fine thing was just called triple layer pork I believe. It was just a lot of pork and some noodles thrown in for appearances sake. It was great, but the star was the laksa. I have had great laksa and bad laksa since moving here, and I think this Sarawak version was by the far the best.

Allie, Iris, and myself went to the Kuching Food Festival the second night I was there. While we got rained out from exploring some more food, we did get some good eats in. 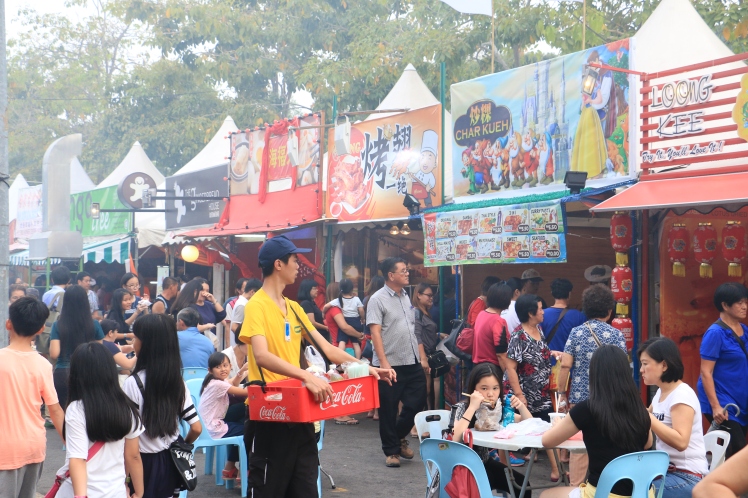 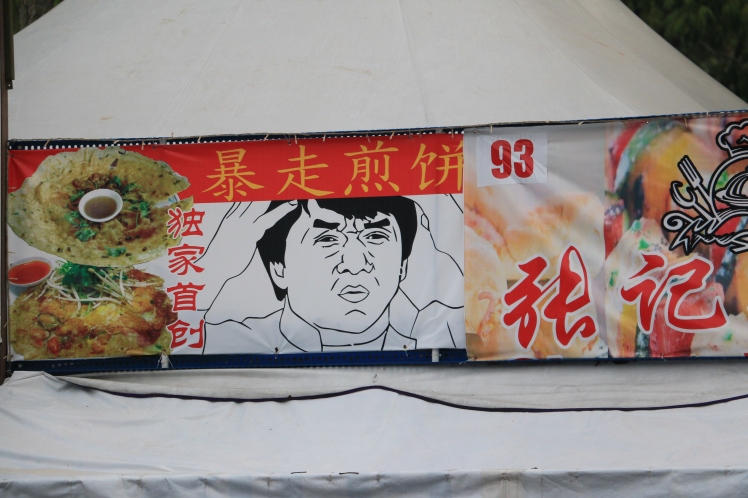 I mean, why wouldn’t you use an internet meme to advertise for your stall… 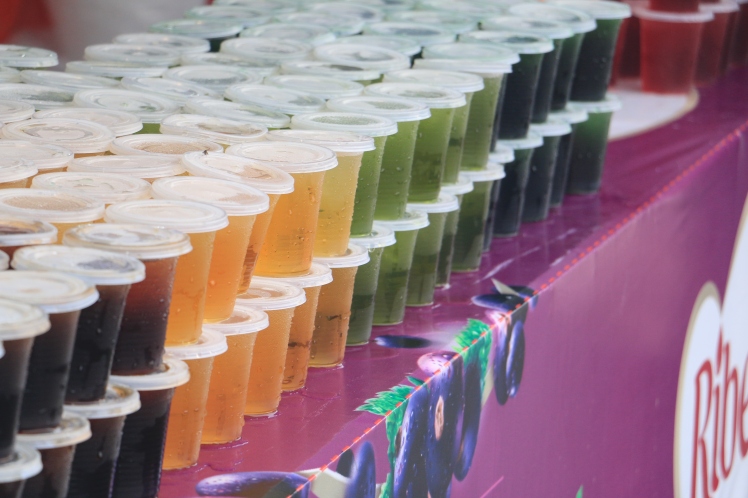 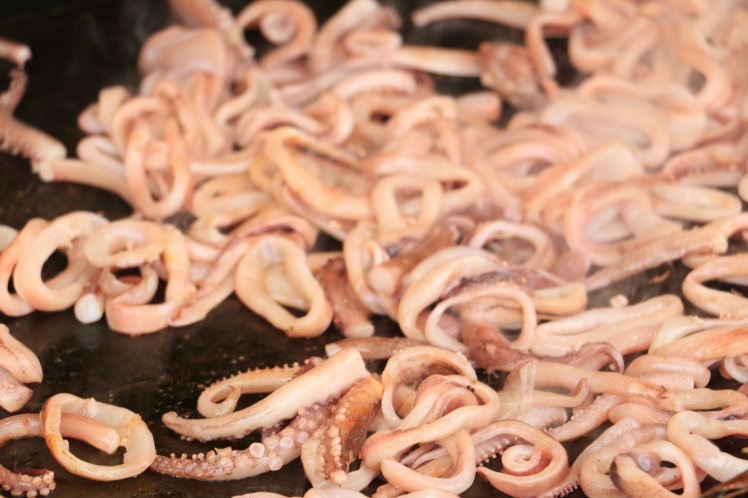 We didn’t eat the squid…but it looks good right?

Below we have bamboo in which they were cooking… 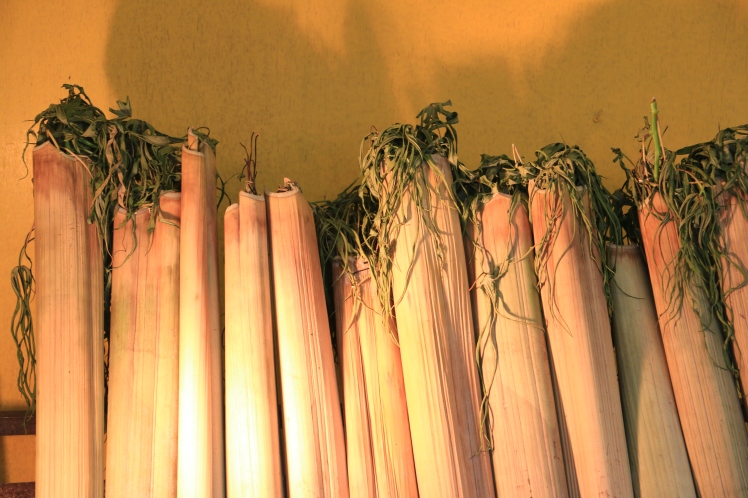 Bamboo chicken! This is another food item that has come heavily recommended to us and we have wanted to try for awhile. It was good, but my enjoyment of it was taken down a notch by it being difficult to eat with just plastic spoons. Apparently the lessons I learned from eating noodles the night before do not transfer to bamboo chicken. 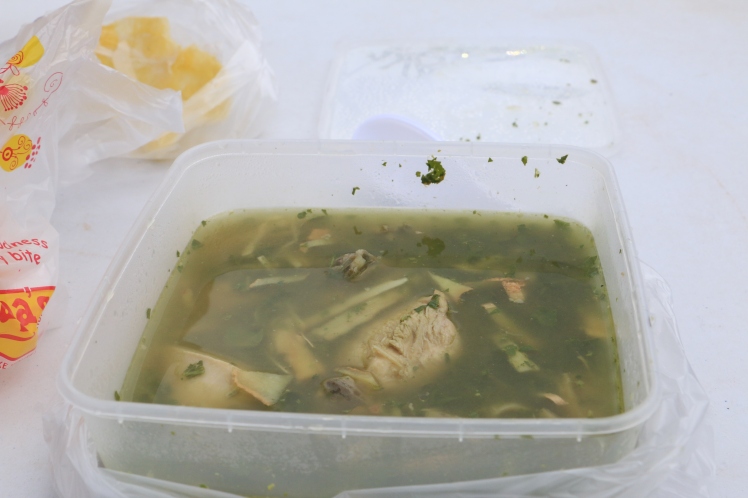 We had to get a steamed pork bun for Allie to try. 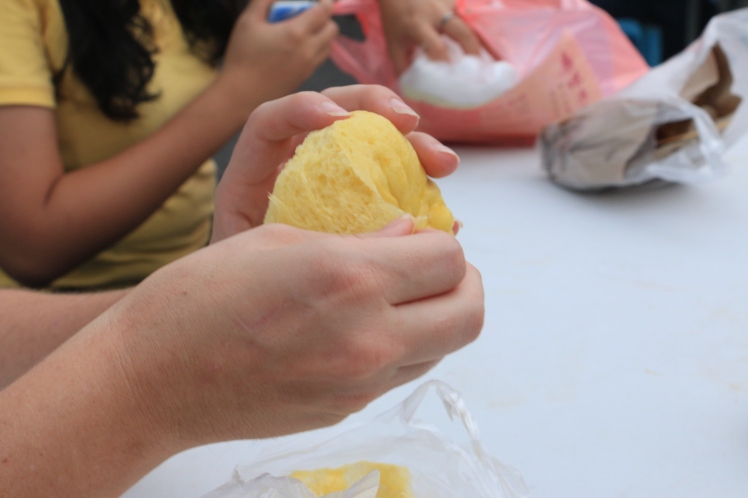 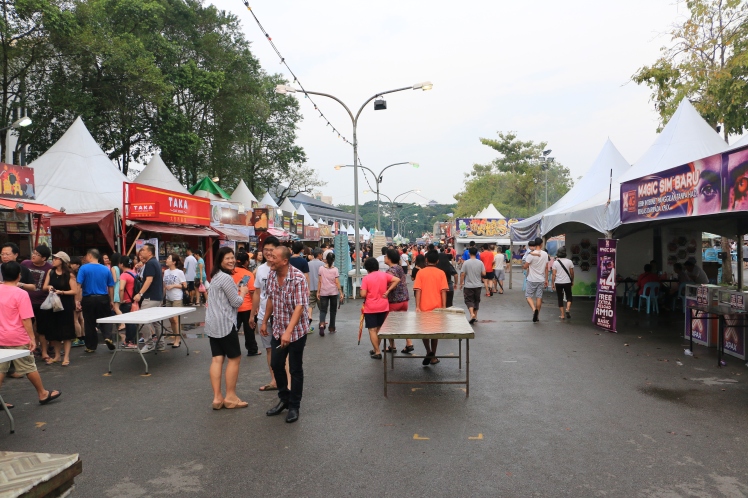 And last, something we saw on our kampong tour earlier in the day that we did not eat: Snake! 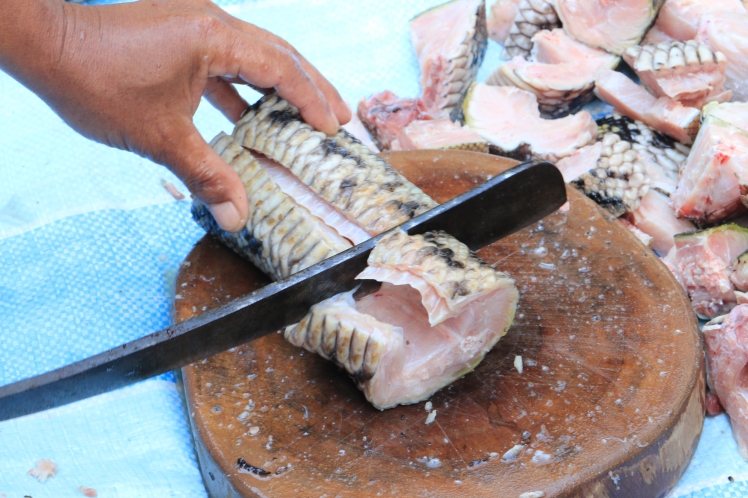 Yeah… He did not offer us any but I think it might have been frozen anyway, because it was really hard for him to cut through it.

That’s all for now!